The International Conference on Men’s Issues (ICMI) is a series of annual conferences dealing with social and legal issues that disproportionately affect men and boys.

This year’s conference is being held in the City of the Big Shoulders, Chicago Illinois and will feature thought leaders from across the world. This year’s hosts are Honey Badger Brigade.

From #metoo to the American Psychological Association’s guidelines pathologizing “masculinity” as harmful, to Gillette’s recent razor ad blaming all men for the actions of a damaged few, ideologically motivated groups have used unquestioned narratives of female victimhood to promote damaging stereotypes about men and boys, masculinity and men’s relationships to each other.

More than ever before, recognition of men’s issues is needed. Men and boys deserve compassion, they deserve consideration for their unique needs and they deserve our support.

Men and boys also deserve respect for their unique contributions to society and an end to the promotion of unkind stereotyping implicating them as harmful, abusive, toxic, selfish and hateful. We would not tolerate this directed towards any other group. 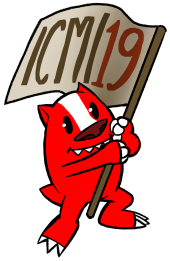 ICMI 2019 will have a focus on the implication of marginalizing men’s issues on the health and well-being of our greater society. We are entering into an era of unprecedented ideological conflict and by reducing men’s ability to take a positive identity from their masculinity we are encouraging young men to pursue ever more radical ideologies to find a place to belong. In turn we are also encouraging young women to embrace an identity as society’s victim rather than it’s equal co-creators.

For ICMI attendees the conferences have lasting impact, as advocates from across the planet congregate in a spirit of unity and common cause. Friendships and working alliances are forged that last into the future and result in more advocacy for those who need it.

Clear your calendar and make plans to attend. Purchase your seats now while they are at their lowest price, and get ready to become a part of history. Tickets can be found here. Ticket Layaways here. If you want to sponsor the convention or just help out with costs, go here.

Questions, comments, concerns, want to tell the ICMI 2019 team that they're awesome? Please direct your email to:

ICMI 2019 is organized by Honey Badger Brigade, in affiliation with A Voice For Men and Justice for Men and Boys. The International Conference on Men Issues was founded by A Voice for Men in 2014.